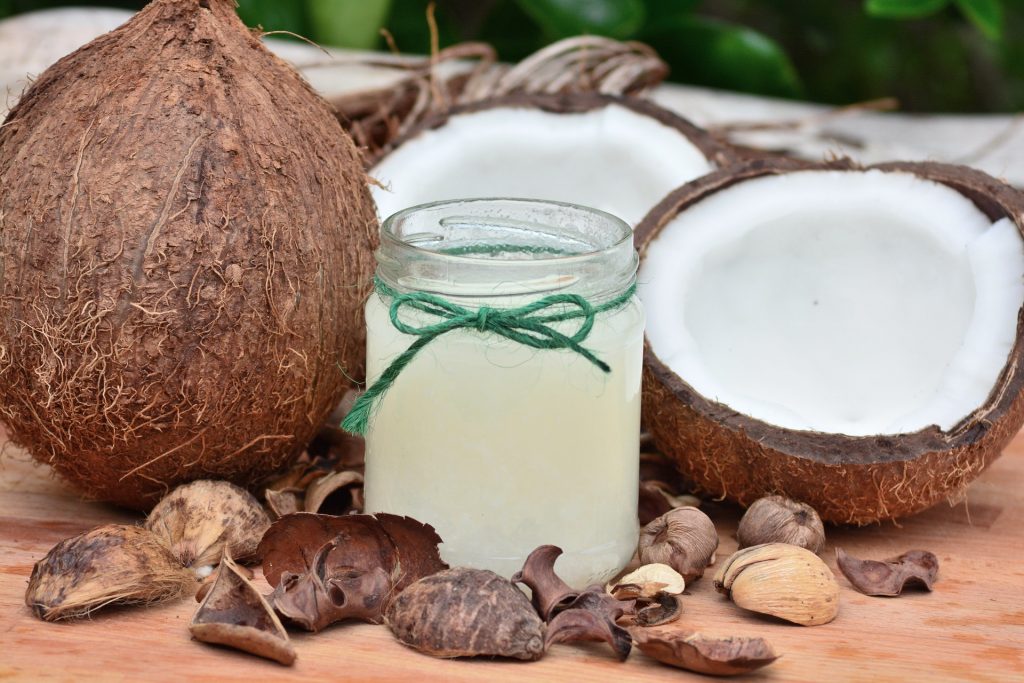 It’s hard to ignore pain, itchiness, and discomfort in the anus because you spend a good chunk of your day sitting on a chair or on a toilet seat. This is exactly the kind of misfortune hemorrhoids (swollen veins in the anus and rectum) bring. The good news is that the usage of coconut oil on the anus can help alleviate these symptoms and have you live your life normally again. We will explore the benefits of coconut oil on anus hemorrhoids, how you can use it as well as the side effects and risks involved.

Coconut oil is a popular natural product that’s commonly used for healthy skin, nails, and hair. It’s packed full of benefits that will also be useful for the treatment of your hemorrhoids. You can apply it topically directly on the hemorrhoids or you can take it orally to treat the symptoms.

Coconut oil has a variety of health benefits that will make it a good remedy for your hemorrhoids. The benefits are as follows:

Coconut oil has powerful anti-inflammatory properties so it will help with relieving the swelling and discomfort of hemorrhoids.

This means that coconut oil has a numbing effect that reduces pain and irritation that is brought by hemorrhoids.

Coconut oil also has antibacterial properties so it will fight bacteria that cause infections in the hemorrhoids. Therefore, your hemorrhoids will heal faster.

Ingesting coconut oil has the benefits of relieving constipation, one of the common causes of hemorrhoids. It does this by increasing the rate of metabolism, speeding the rate of passing food down the alimentary canal, and making bowel movements more frequent and softer.

Passing stool when you have hemorrhoids is an uncomfortable experience and bleeding often occurs when the surfaces of the hemorrhoids are grazed. Applying coconut oil helps with minimizing this damage as it acts as a lubricant for bowel movements.

How to Use Coconut Oil on Anus

Organic, virgin coconut oil is the best to use especially when it comes to medicinal purposes. This is because it’s hardly processed and provides maximum health benefits. Coconut oil can be used in the following ways to treat hemorrhoids:

Coconut oil is solid at room temperature so you’ll need to melt it before use. Dip a cotton ball into the melted coconut oil and apply it to the hemorrhoids. Repeat this several times daily, especially after bowel movements to find relief.

Witch hazel is a commonly-sought after treatment for hemorrhoids so mixing it with coconut oil will make it an even better remedy. Melt the coconut oil and mix it with the witch hazel. Then, dip a cotton ball in the mixture and apply it to the hemorrhoids.

Incorporate it into Your Diet

You can ingest coconut oil by using it to cook instead of your usual oil. You can also spread a teaspoon of it on your toast.

Suppositories are medications placed inside the anus and they melt to treat conditions like hemorrhoids. You can use coconut oil to make a suppository by shaping it into a small cylinder about the width of a pencil. Freeze it until just before inserting it into your anus because the cold temperature reduces the swelling.

Add it to Your Bath

Add a quarter to half a cup of coconut oil to your bath water that should ideally be warm because it helps with soothing and shrinking the hemorrhoids. This gives you an added advantage of soft skin all over your body apart from being relieved from the pain, swelling, and discomfort of hemorrhoids.

Turmeric is anti-inflammatory in nature so if you mix it with melted coconut oil, you’ll have in your hands a formidable treatment for hemorrhoids. Dip a cotton ball into the mixture and apply it directly to the hemorrhoids.

Side Effects and Risks

Coconut oil is mild so it generally doesn’t cause allergic reactions when applied topically. However, if you are one of the rare people who react to it, you should stop using it with immediate effect. The negative reactions to coconut oil include skin rashes and blistering so look out for these signs to know whether you’re allergic to coconut oil.  A reason coconut oil may be reacting with your skin is that it’s not pure so make sure you’re using the organic, virgin kind.

When ingested, coconut oil can upset your digestive tract if you’re not used to taking it. It can result in indigestion, stomach cramps, and diarrhea. You can avoid this by starting with only a teaspoon of coconut oil a day and then slowly increase the amount until you’re no longer reacting.

If your hemorrhoids are a result of chronic diarrhea, don’t use coconut oil to treat them. Since coconut oil makes bowel movements more frequent and stools softer, it may make the symptoms of hemorrhoids worse.

Coconut oil is a cost-effective, convenient, and effective treatment for hemorrhoids so you can’t afford to not have it. However, if you’re not seeing any changes after using it, seek further medical advice.